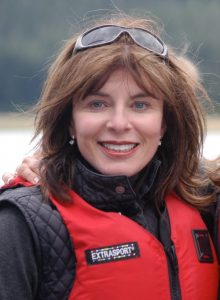 Donna Lovas was born in San Francisco but raised by her grandparents in Spokane, Washington.   She developed an early interest in foreign languages and studied three languages before graduating high school.  Donna graduated from the University of Washington with a BA degree and attended graduate school at Stanford University. She is a member of Phi Beta Kappa and Phi Kappa Phi honorary societies.  Her career was largely in the field of Human Resources Management.  She served as Director of Human Resources for the University of California, Office of the President with responsibility for the oversight of HR programs for two National laboratories, Lawrence Berkeley National Lab and Lawrence Livermore National Lab.

Donna is an avid outdoorsman and enjoy snow skiing, scuba diving, jogging, golfing, and hiking.  Her scuba diving adventures have taken her to wide range of world locations including Australia, Fiji, the Philippines, Guam, Honduras, Belize, Mexico, and Kenya.

She has actively participated in charity work for Monterey County Meals on Wheels Program, Taylor Family Foundation, and the American Cancer Society. Donna joined Tri-Valley Conservancy as an Advisory Council member in 2017.